As summer is steadily approaching and you’re planning your warm holiday season, considering picking up “Less” by Andrew Sean Greer. It’s a novel created by Greer, who is known as a phenomenal writer that has a nick or intertwining humour with reality. All of his books share one characteristic: they are all clever and based on a clever concept. His name may have been heard before as he has had a bestseller in the past “The Confessions of Max Tivoli” in 2004. 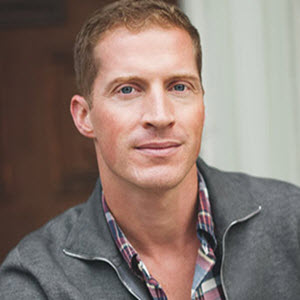 In his new novel Less, is based on a different concept by the author. It follows a homosexual author by the name of Arthur Less, who is 49 but is trying to claim to his youthfulness as he is facing the realities of ageing.

The novel follows a humoristic and almost mocking tone as it reveals the story of Arthur Less, who is suffering from anxiety regarding his age and his recent split up with his boyfriend who is going to be marrying a younger man. As Arthur realises he might have to sit through a wedding watching his ex-lover marry someone that is youthful and apparently livelier than him. Less decides to let his anxiety show and flee before the day of the wedding. In light of this, Arthur must go through old mail and finally accept offers to travel to an array of resorts, retreats, and teaching assignments. 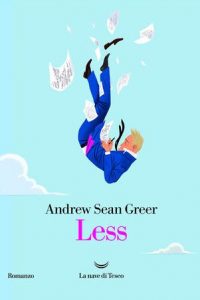 Though those locations and the basic structure of the novel. Each location is getting its own chapter that brilliantly describes the awkwardness of travelling alone and trying to run away from your problems at home. A few of his adventures are hilarious as he is mistaken for a woman during a science convention, getting asked a series of depressing questions while on a panel in Mexico, and then arriving at an awards ceremony only to be confronted with the knowledge that an array of high school students will choose the winner.

Though the most hilarious and exciting adventure took place in Germany as he operates under the persona that he is a professor that spoke fluent German. Though despite lying about the language, as soon as he enters the classroom, he tells the students “I am sorry, I must kill most of you.”, which caused them to adore him. The reader will adore him as well since Arthur Less is such a fascinating man with a real personality.

While Greer has written about homosexual characters before – this is his first novel to focus on a gay writer. Along with sharing the story with a humorist and mocking tone – the readers are able to witness the self-journey that Less must go through as he realises that running away from his problems are not going to solve themselves. This novel is going to be a perfect read over the summer as many young adults can relate to the struggle that is presented in the book. It’s a fun, simple, and engaging story.